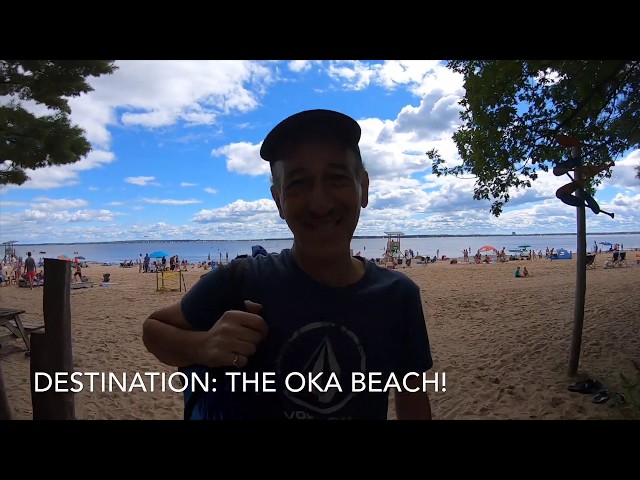 One of the most fascinating things in North America is the scattered presence of Indian reserves. Montreal is no exception: around the island of Montreal there are many. If you’re up for a day trip outside of Montreal, go to Oka National Park. This is a park located between the village of Oka and Pointe-Calumet, on the north shore of Lac des Deux Montagnes. The first indigenous inhabitants of this region were Mohawk (Kanienkaha), Algonquin and Nipissing, who had a village known as Kanesatake. Now it is a reserve within the limits of Oka.

Oka National Park is 23.7 square kilometres (9.2 square miles) in the Laurentian region. It is about an hour drive from Montreal and is crossed by Highway 344. The road crosses a hilly area with incredible views of the river and its forests. The colours at Fall are simply beautiful.

However, the park is not only forests. It also includes beaches and marshes located north of Two-Mountain Lake and the Calvary of Oka. Overall, there are more than twenty trails for hikers and cyclists. The entrance fee is $ 8.50 for adults and also includes parking for the car.

Unfortunately, when we visited the park most areas of the park were flooded, and therefore inaccessible. We went to the Beach Sector and followed Sauvagine Trail, which leads to Sauvagine Lake. The beach and its forest are simply enchanting. It is not difficult to imagine why the natives chose this place to settle. The white sand of the beach, the oaks, the firs and the maples… the flow of the water is so silent that its calmness is regenerating. You can walk miles accompanied only by the sound of crickets.

Sauvagine Trail enters the forest, which is inhabited by small animals. We could not get to the lake because the trail was flooded. Despite this, we found it very pleasant.

Addendum: we have gone back to Oka National Park later on in August 2019, with our fat bikes. Here’s a video of the bike trail from Oka Beach to the Oka village and back. This place never disappoints, no matter the season!

This site uses Akismet to reduce spam. Learn how your comment data is processed.